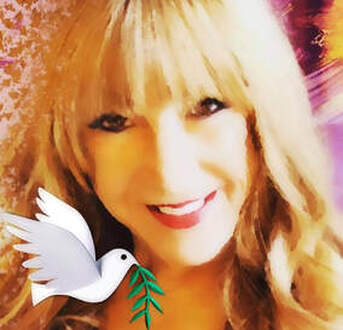 Rev. Dr. Cindy Paulos is a music producer, author/poet, lyricist, composer producer, artist and longtime Radio Announcer on multiple stations for KAOI RADIO in Maui, Hawaii, and KUOS in Sedona which she co-founded. She has hosted the longest running talk show on Maui for 30 years. She loves creating CD”s and collaborating on inspirational projects with fellow musicians
She was just awarded UNESCO Center for Peace announces 2020 Cross-Cultural & Peace Crafter Award Laureates

Cindy is a voting member of NARAS (Grammys) and HARA. Ten of her CD's have been submitted for Grammy Consideration.
In 1979 she co-launched a chain of new stations across the country and as part owner of and Vice-President of KVRE in Northern California, In l984, Cindy started her own TV show, Tubeworks. She has interviewed a long list of celebrities over the years, including, Mick Fleetwood, Jackson Browne, Jerry Garcia, David Crosby, Jon Anderson, Wayne Dwyer, Neal Donald Walsch, Mary Ann Williamson, Anita Moorjani, Ram Dass, Swami Satchadanada, Alan Cohen and has done over 17,400 interviews over the years. She has over 40,000 followers of her popular podcasts.
Practicing Aloha won the Hawaii Music Award for in the Inspirational Category and she has had 5 nominations for a Hoku by the Hawai'i Academy of Recording Arts: Na Hoku Hanohano Awards. She has been nominated three times for the Hollywood Music and Media Award (HMMA). She also was nominated for COVR award, and received a Global Music Award and Akadmia Music Award.
She has worked with award winning, Kenya Autie, Dave Mason, Laura Sullivan, Rupam Sarmah, Paul Avgerinos, George Kahomuku Jr, Ricky Kej, and Paul Horn among many others.
She has 12 CD’s that she has produced,
There is a Forever, Practicing Aloha, Angel Blessings, Arise above Abuse, Ave Maria Queen of Angels, Peace, Music and Poems, The Gift of Hope, How to Fly with Less Stress Audio
Book, Prayers for Peace, Himalayan Sessions, All In This Together, and Together, Words and Music.
And 7 books,
Put a Little Light in Your Life, The Travel Angel Handbook” Angel Blessings, Messages from Heaven, Mystical Mother Mary
How to Fly with Less Stress ,Audio Book of How to Fly with Less Stress, Prayers, Affirmations and Meditations .
She writes meditates and writes every day and is a Spiritual teacher on Insight Timer with over 1,750 followers.and 4,011 plays per week on pieces submitted
Checkout all the CD's on Bandcamp https://cindypaulos.bandcamp.com
CindyPaulos.com
LISTEN HERE METAPHYSICAL MEDIA 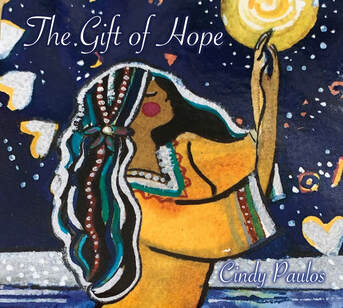 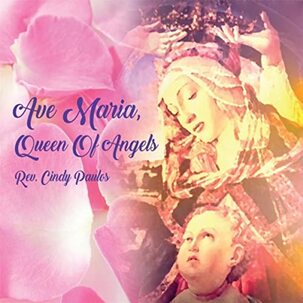 Purchasefor 50% off on Bandcamp
Mother Mary Is the Queen of Angels. She is reaching out to people now more than ever, for it is time for us to embrace Her gifts of forgiveness, compassion and Mercy.

​Arise Above Abuse, Artists Speak out For Women, is my latest collaboration dedicated to raising awareness about abuse, domestic violence, rape and inequality. We offer a voice to victims and advocates who cherish respect and equality. The purpose of this "Spoken Word" CD is to help victims of violence survive and thrive with messages of healing, understanding, forgiveness, motivation and positive change.  Any profits after proceeds from "Arise Above Abuse" will go to Women Helping Women, a non-profit organization that does important work in helping victims of domestic violence.
http://www.ariseaboveabuse.com/

My first CD was channeled to me by my Mother after her passing the CD  "There Is A Forever" - Bright Light Music
Thank You so much for visiting me.

I wish you blessings of Great Joy, Love and Light.